I have always had this “thing” for parks. To be honest I can’t really put my thing on what it is what I love so much about these “city parks”, but I guess it is because I love nature, to walk, to look at people, flower, trees, the atmosphere… Most of the times when I’m in a park I feel so relaxed and it is one of the few places where I can just stroll around for hours; without any goals, plans or things that I have to do. When I am out travelling, parks are many of the times one of the first things I want to visit. One of my favourite parks in the world is el Parque del Retiro. It is one of the absolute biggest parks in Madrid, and every time I go to the city I visit the park. There are always things happening there; people are happy, they hang out with each other, run, have pick nicks etc.

Before moving to Berlin I had no idea that I would find a new park to love: Volkspark in Friedrichshain. The first time I visited it was with my friend. She had her dog here in Berlin and we always went out with it for long walks. Since she lived one station away from Paul-Heyse-Straße (Tram stop M10) we often went there with the dog. There are many reasons why I love Volkspark in Friedrichshain so much. First of all I find it really beautiful, but apart from that I just like that it is always full of people and that it is so big. I also read that it is the oldest public park in Berlin, and also the third largest. I think that 75% of the times I visit the park I manage to get lost in some way. That hasn’t really bothered me so far, cause it only means that you discover new little paths and areas.

In the late summer, when I first visited the park, it was full of people that were having barbeques, played volleyball and hanged out; with a nice cold beer and some music in the sun. When the snow and winter came people came to the park to build snowmen, play in the snow and to go with the sleigh down one of the many hills in the park. During the whole year you see people running, walking and playing with the dogs in the park. That actually brings me to another thing I have been thinking of – the relationship between the dog and its owner, which is something I really admire here in Germany. So far, the dogs I’ve seen behave really well, feel a lot more alive than in many other countries I’ve been to and you get a feeling that they belong to someone. I love the fact that the owners let them run around and play with each other, and that they aren’t always in the leash.

Below you can see some picture that I’ve taken during my visits in Volkspark. They have been taken from September until now, and you can really see a difference in colours and how the park changes over the years. Beautiful I would say. 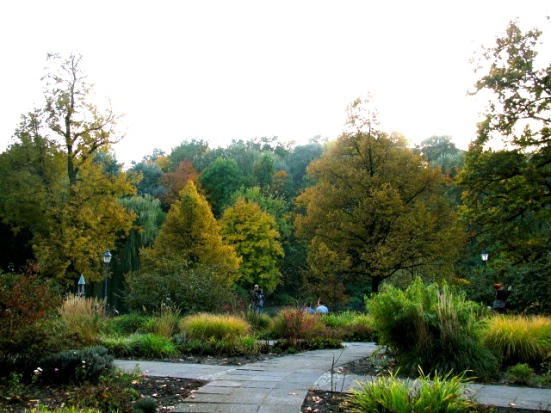 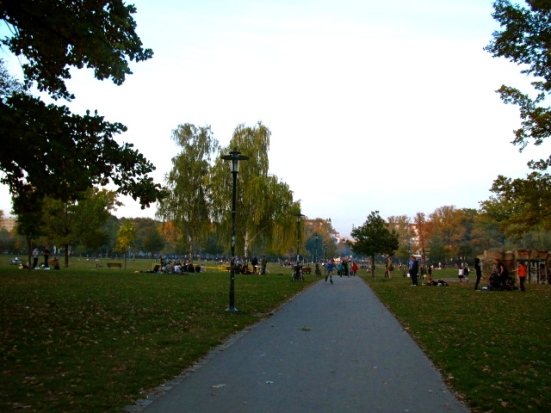 People hanging out in Volkspark – October 2012 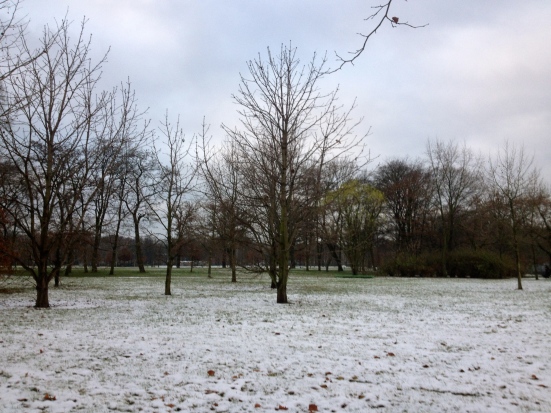 5 thoughts on “Volkspark in Friedrichshain”

What do you want to read about?